Island Line Trains is a train operating company which runs the 8 1⁄2-mile Island Line on the Isle of Wight. Island Line is part of South West Trains, a rail franchise in the United Kingdom owned by Stagecoach. 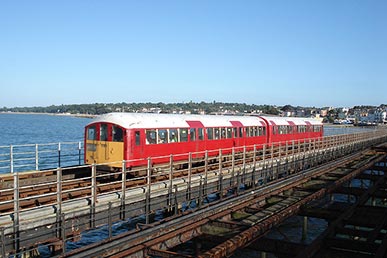