London Overground Rail Operations is a train operating company contracted to operate the London Overground train service on the National Rail network, under the franchise control of Transport for London. The company is a 50/50 joint venture between Arriva UK Trains and MTR Corporation.

As the Overground name implies, the majority of the network is above ground, and it mostly consists of railway lines that connect areas outside Central London, with a considerable portion of the network in Zone 2. The network also uses Euston in central London, the southern terminus of the Watford DC Line. It serves a large part of Greater London and parts of Hertfordshire, with 112 stations on several routes.

The network interchanges with the Bakerloo, Central, District, Hammersmith & City, Jubilee, Northern, Circle, Metropolitan and Victoria tube lines, and also with the Docklands Light Railway, Tramlink and TfL Rail networks. The Overground lines appear on Tube maps issued by TfL, and a separate map of the system is available. 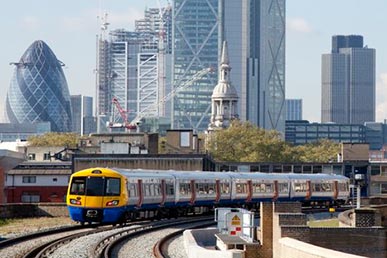