London & South Eastern Railway Limited, trading as Southeastern, is a British train operating company in South East England. It provides the majority of commuter/regional routes in South East London and Kent as well as some parts of East Sussex along three main routes: the Southeastern Main Line from London Cannon Street and London Charing Cross to Dover via Sevenoaks and the Chatham Main Line between London Victoria and Dover/Ramsgate via the Medway towns. 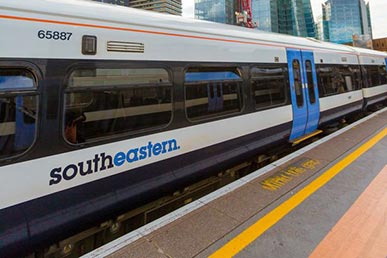