Thameslink, Southern and Great Northern (TSGN) is a railway franchise for the provision of passenger services on the Thameslink and Great Northern routes to Bedford, Luton, Peterborough, King's Lynn, Cambridge, London King's Cross, London Moorgate, Sutton, Wimbledon and Brighton, as well as the whole Southern network (including the Gatwick Express) and the jointly operated First Capital Connect Southeastern services (for example the Kentish Town - Sevenoaks via Catford), which were added to the franchise on 25 July 2015, with the Southern and Gatwick Express brands retained.

The TSGN franchise is operated by Govia Thameslink Railway, owned by Govia,[1] and is the largest railway franchise in the United Kingdom. 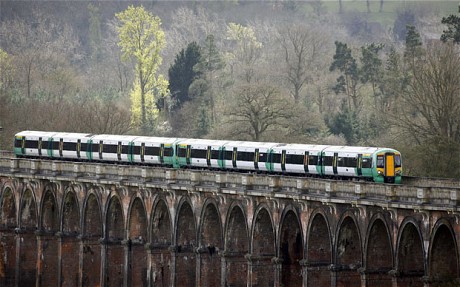