It operates the majority of commuter services from its Central London terminus at London Waterloo to South West London as well as most outer suburban/regional services in Surrey, Hampshire and Dorset. It also provides regional services in Devon, Somerset, Berkshire, and Wiltshire and on the Isle of Wight through its Island Line Trains subsidiary.

The area of operation, essentially the former South Western division of Network SouthEast, is also roughly that of the pre-1923 London and South Western Railway (excluding everything west of Exeter). The Stagecoach Group took over the franchise on the privatisation of British Rail in 1996 and retained it in 2004 and again in 2007 making it, along with Chiltern Railways and Great Western Railway, the longest-running franchise. The bulk of its train services pass through the busiest section of the UK's domestic rail network at Clapham Junction. 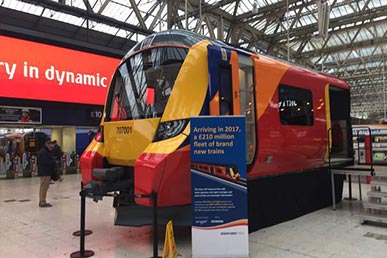