Heathrow Connect is a train service in London provided jointly by Heathrow Express and Great Western Railway (GWR), connecting Heathrow Airport with Paddington. The service follows the same route as the non-stop Heathrow Express service but calls at certain intermediate stations, connecting several locations in west London with each other, the airport, and Central London. It runs every half-hour throughout the day and evening.

The service, launched on 12 June 2005, uses 5-coach Class 360/2 electric multiple-unit trains built by Siemens in Germany. These were originally built as Class 350 4-coach units. When BAA bought these units, an extra coach was added to make them 5-car units. 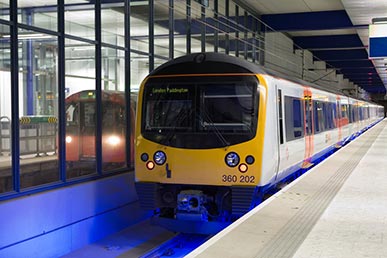